In this case the articles used for the terms “male”, “female” refer to the sex assigned at birth.

A person with PGAD may experience spontaneous orgasms that do not resolve arousal and her arousal does not result from sexual desire.

PGAD can cause ongoing physical pain, stress, and psychological difficulties due to the inability to perform everyday tasks. The condition can affect women of all ages.

However, experts have not clinically confirmed the incidence of PGAD, as many people with this condition feel too embarrassed or embarrassed to seek medical help.

-Symptoms:
The main symptom of PGAD is a series of continuous, uncomfortable sensations in and around the genital tissues, including the clitoris, labia, vagina, perineum, and anus.

These sensations experienced by a person are known as dysesthesias.

These can make the person with PGAD constantly feel like they are about to experience an orgasm. They may also experience waves of spontaneous orgasms.

However, these symptoms occur in the absence of sexual desire.

Climaxing can temporarily relieve symptoms, but they can suddenly return within a few hours. Episodes of intense arousal can occur several times a day for weeks, months, or even years.

The condition can lead to psychological symptoms due to persistent discomfort and the effect on daily life.

These may include:
-anxiety-panic attacks-depression-anguish-frustration-guilt-insomnia

People with chronic or incurable PGAD may eventually lose their notion of sexual pleasure because orgasm is associated with pain relief rather than pleasurable experiences.

The difference between-Priapism (prolonged erection, without arousal), PSAS and PGAD:
Some doctors classify priapism in men as a type of PGAD. Priapism is a persistent and relentless erection of the penis without sexual desire.

PGAD has no links to hypersexuality or a heightened need for sexual gratification, also known as satyriasis in men or nymphomania in women.

The condition was previously known as Persistent Sexual Arousal Syndrome (PSAS), but the term was renamed to PGAD, as PSAS suggests active sexual desire.

Possible causes:
A person with PGAD is usually unable to identify triggers to avoid them, and the causes of the ongoing condition are largely unknown.

Stress:
In some women, stress triggers the onset of the disorder.

Once the stress is relieved, the condition tends to subside. With this in mind, some believe that PGAD may be psychological in nature.

However, this is not the case in all cases of PGAD.
It is thought that there is a link between PGAD and the vascular system, hormones, the nervous system, and the use after some types of medications.

Tarlov cysts
Tarlov cysts of cerebrospinal fluid, small sacs, which can appear, especially in women at the root of the sacral nerve.

The sacral nerves in the lower spine receive electrical signals from the brain that affect the bladder, colon, and genitals.

In a 2012 study, MRI results showed that 66.7% of women showing symptoms of PGAD also have a Tarlov cyst.
But, it is not always a reaction to a Tarlov cyst.

Other causes
Paresthesia refers to a burning or prickling sensation.

PGAD has been shown to be a secondary symptom of: 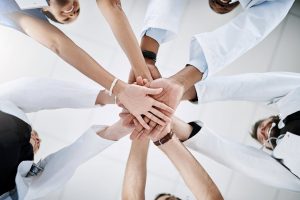