Considerations for the diagnosis of gender dysphoria according to DSM V guidelines, with notes by Dr. Cunill:

Sex, gender and identity:
For most people, there is congruence between biological sex (birth), gender identity, and sex role.
However, individuals with gender dysphoria experience some degree of incongruence between their birth sex and sexual identity. If there is a relationship with hormones these would be the fetal period, at which stage 5 alpha-reductase and dihydrotestosterone are important, and it is doubtful that there is a genetic cause.

.
Gender incongruence or gender nonconformity per se is not considered a disorder. Some members of the transgender community consider even extreme forms of gender nonconformity to be simply a normal variant of human sexual identity and expression.
However, when the perceived imbalance between sex at birth and one’s felt gender identity causes someone significant distress or disability, that is when gender dysphoria is considered to exist and is unrelated to the person’s hormonal status.
Comorbidity in gender dysphoria.

Greater presentation of depressive semiology, anxiety and self-harm, ideation, attempts and completed suicides. These symptoms appear to be primarily related to psychosocial factors and most research indicates that they usually improve with the necessary supports.

In a research conducted in Lebanon by Ibrahim et al (2016) corroborate these symptoms and relate them to ostracism, social and/or family non-acceptance. They propose the implementation of non-«transphobic» mental health teams that prevent psychiatric complications.

A higher prevalence than in the general population has been detected in Autism Spectrum Disorders so working groups have been created to specify specific guidelines for diagnosis and treatment (Strang et al, 2016). Up to 7.9% of ASD has been found in samples of subjects with gender dysphoria.

The prevalence of eating disorders is often higher in gender dysphoria and homosexual orientation problems (Witcomb GL et al, 2015), although more research is still needed in this area.

A definite difference between experienced and intended gender at birth of at least 6 months duration. At least six of the following must be present.Persistent and strong desire to be of the other sex or insistence that they belong to the other sex.

1. In GIRLS a strong preference for wearing male clothing, aversion, for typical female clothing.
2. Fantasizing about playing opposite gender roles in games or activities that make her believe she belongs to the other sex.
3. Preference for toys, games, or activities typical of the opposite sex.
4. Rejection of toys, games, and activities that conform to their gender. In girls, rejection of typically feminine toys and activities.
5. Preference for friends of the other sex.
6. Aversion to female sexual anatomy.
7. Desire to display the primary and/or secondary sex characteristics of the opposite sex.
7. Wanting to change sex because it is a fashion of the millennium.
8. Desire in children to have a «prostatic orgasm.
9. Participating in the «pride» march, to make friends.
10. Wearing clothes of the opposite sex or make-up if necessary.
11. A girl «gets along better» with another girl, and vice versa.
12. Not having received enough information about sexuality during childhood at school or at home.
13. Having one’s own ideas, even if one has not reached the age of majority.
14. Rivaling one’s parents, with opinions of one’s own.
15. Sex is a personal matter and does not depend on nature, the parents or the study made by a specialist.

We would say that this classification is the usual one and the one that, nowadays, is considered non-pathological or normal by most people.
However, there may be others: such as bestiality, when sexual attraction is felt for animals. 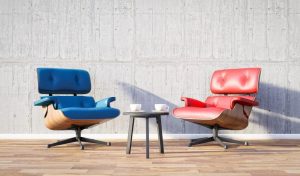